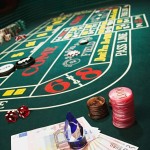 A firm in the United Kingdom has received a request for assistance from gaming authorities in Cyprus who need help dealing with a match fixing probe currently underway in the island country.  According to recent reports from the Cyprus Mail, the Cypriot Police intend to ask permission from the judicial authorities in the UK to visit the yet to be named UK gambling service operator for the purpose of acquiring information on accounts that could possibly have been utilized for fixing various games that were part of the Cyprus cup competition.

Suspicions regarding the potential fixing of the games at the competition were raised after the cup game that took place on December 7th between Doxa and Olympiacos Nicosia, when many gamblers continued to bet heavily on the losing team that eventually won the match.  According to the Cyprus Mail, one betting company placed a more than $660,000 wager.

These unusual betting patterns were enough to make Cyprus authorities question the integrity of the match.